By Gail Collins and Bret Stephens

Ms. Collins and Mr. Stephens are opinion columnists. They converse every week. 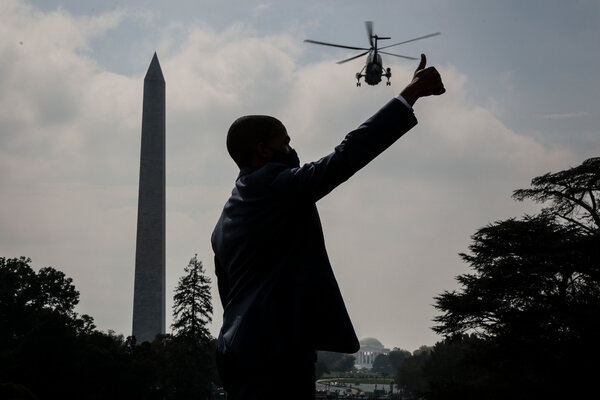 Gail Collins: Hey, Bret, the holiday season is almost upon us — if you presume we start off with Halloween, which is one of my favorites. Are you going to be dressing up as any famous person for parties?

Bret Stephens: Well, I once went to a Halloween bash dressed as Picasso’s Blue Period — I’ll leave the details of the costume to your imagination — but that was in high school. I guess I could go as Edvard Munch’s “The Scream,” assuming you showed up as Kevin McCarthy.

I’m referring, of course, to the House minority leader’s latest effort to make Liz Cheney’s life as unpleasant as possible ….

Gail: Yeah, the House Republicans are certainly going out of their way to try to torture her. I guess they’re shocked by her desire to actually investigate the folks who tried to attack the nation’s Capitol on Jan. 6. Who’d have thought a member of their party would be so picky?

Now she’s got a Trump-backed primary challenger. What do you think her prospects for political survival are at this point?

Bret: My knowledge of Wyoming politics is, um, not great. But I’m guessing that Cheney’s re-election chances aren’t great, either. I think that, at best, she can lay down a marker for the future, proving that at least some Republicans refused to participate in the cult of Il Duce wannabes. Good for her, but what America really needs is another party that stands for classically liberal values like free speech, free markets and free societies.

Gail: Bret, are you talking about a … third party? That would certainly give us opportunities for a lot of vigorous arguing.

Bret: Well, the third party I have in mind would probably do more to split Republicans than Democrats, so maybe you might warm to it. I just want to wrest a remnant of thoughtful conservatism out of the maw of Trumpism. The alternative is that Donald Trump and his minions become the default every time Democrats stumble.

Gail: People need to feel they’re voting for the best real option, not just registering their alienation. The problem with third parties is that terrible accidents can happen. Ralph Nader’s run in 2000 took the election away from Al Gore and gave it to George W. Bush. Which was not his intention, although possibly something you appreciated.

Bret: Just as you no doubt appreciated Ross Perot taking a few million votes from George H.W. Bush in 1992.