This could be the moment of social repair. 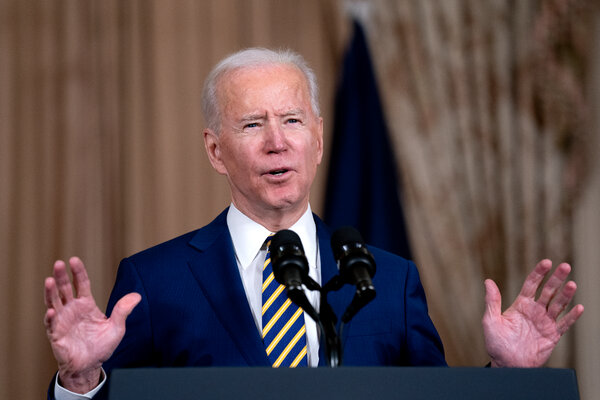 Joe Biden ran on unity and bipartisanship. His goal was to restore the soul of America and make Washington work again. His first major proposal was a $1.9 trillion Covid relief bill. Ten Republicans countered with a $618 billion plan.

Biden would have shown that a bipartisan political process can still work. He would have divided the G.O.P. between the Republican normies and the Trumpian crazies. He would have taken a giant step to depolarize our politics, restore political legitimacy and make Congress function. That would have been a huge accomplishment.

But it wasn’t even attempted. There are many reasons, including the size of the Republicans’ offering, but the core is that most Democrats, outside Joe Biden, don’t trust Republicans and don’t believe in bipartisanship right now. We are too close to the horrors of the Trump presidency and the trauma of Jan. 6. With some justification, Democrats have contempt for Republicans and don’t want to work with them. The Democratic Party is not emotionally ready to enact the kind of government Biden promised.

I think this is a mistake, but you can’t argue with an emotion. You can’t turn on trust like a light switch. It takes time.

First, we can restore America’s faith in itself. If you came of age in the 21st century, you have seen America fail at almost everything — from the Iraq war to controlling the pandemic. If the U.S. can finish strong — especially as Europe continues to flub its vaccine rollout — that would save lives, boost national pride, restore trust in our institutions and remind us that we can do big things. It’s worth spending a lot of money to do that — to build the vaccine infrastructure, to refurbish schools and all the rest.

Second, we can use this $1.9 trillion package to repair the social decay that has plagued us for two generations.

I’m not impressed by arguments that we need to spend $1.9 trillion to repair the economic effects of Covid-19. Thanks in part to earlier relief, the economy is already doing much better than anticipated. The Congressional Budget Office projects that the economy will grow by 4.6 percent this year and add a torrid 521,000 jobs a month, even without the Biden measure. Higher unemployment will linger, but the economy is projected to reach prepandemic size by midyear.

Jeff Cox of CNBC notes that bank deposits are up to nearly $16.2 trillion, an increase of 21.3 percent over a year ago. Retail sales last fall were up significantly since the same period the year before.