The White House, Congress and the media are all going to have to make some big adjustments.

By Gail Collins and Bret Stephens

Ms. Collins and Mr. Stephens are opinion columnists. They converse every other week. 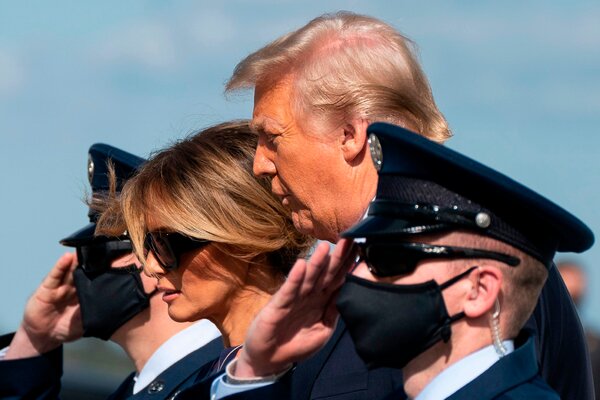 Bret Stephens: Gail, I know we should be forward-looking and positive. But as you cast a final glance at the Trump administration’s final hours, what will you remember most fondly: Melania’s last “Be Best” address or the president marching off to the tune of The Village People’s “Y.M.C.A.”?

Gail Collins: I don’t think most Americans have strong feelings about Melania one way or the other. Obviously, she does have a son to support. I’d maybe have been a fan if the two of them left Mar-a-Lago and started a business grooming collies or something.

Bret: Count me as one American who found her tour as first lady bizarre. I kept waiting for Derek Zoolander to make an appearance in the White House and paint the Oval Office mauve. Sorry, go on.

Gail: As it was, I’m prepared to amiably ignore Melania — even if she becomes a guest judge on “America’s Got Talent.” As long as she ignores her evil husband, which seems to be something she’s pretty good at.

Bret: What we need is a show called “America’s Got No Talent,” in which the immediate members of the Trump family are contestants for life.

Gail: My question for you at this huge, enormous, change-of-course moment is: What will the public start thinking about? The Biden agenda? Donald Trump in exile? The next “Bachelorette”?

Bret: The moment feels to me less like a new beginning than the final few miles of a marathon, when you’re in a world of pain but you know the finish line is close and you just have to will yourself toward it. I’m not a fan of some of President Biden’s executive orders, but it’s hard to focus on them when all most of us can think about is, “When will our parents get the shot?” “When can we dine indoors?” and “Will we ever get to enter a building without a mask again?”

Gail: It’s true that the virus overshadows everything. Most of my conversations with friends seem to begin with “Have you gotten the vaccine yet?” It sort of reminds me of senior year in high school when someone runs into the room and yells “I got into Yale!” The response would be a mixture of genuine pleasure and bitter jealousy.

Bret: Know the feeling. As for Biden, that magnificent inaugural address was a good start. We desperately need a more civil national dialogue. In that sense, putting immigration reform at the head of his legislative agenda is a smart move. It’s humane, it’s good for America’s long-term demographic health and it’s good for business, too.

Gail: Part of me still nurtures the tendency to sort of shudder when someone does something sorta noble, and the commentators announce it’ll be good for business.

Bret: Good point. I meant, good for the economy: Immigrants start new companies at about twice the rate of the native-born. An immigration bill will be even more important if Biden can peel off Republican support, even if he has to do it in exchange for building a few more miles of that wall. If that’s the sort of compromise that can mollify the G.O.P. while giving hope to millions of undocumented workers, it’s worth it.

Gail: If he built a genuine wall he’d be out-walling the last administration. Maybe I could live with a Trump-type stretch that’s actually just a sometimes shoddy expansion of the fence that’s already there.

Bret: Then again, we still have the unfinished business of Trump’s trial in the Senate. What do you make of the delay?