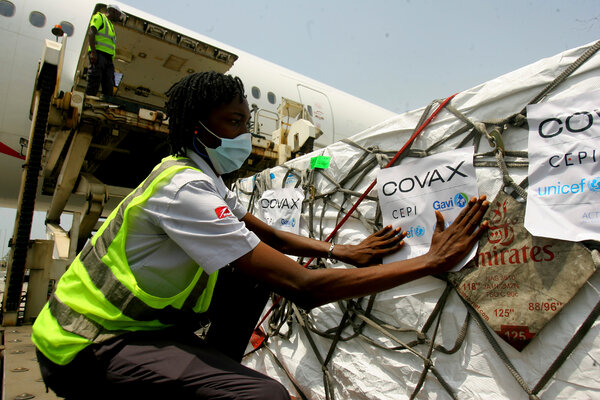 Ms. Bass is the author of “To End a Plague: America’s Fight to Defeat AIDS in Africa.”

Almost exactly 20 years ago, President George W. Bush stood in the White House Rose Garden and announced a $500 million initiative in Africa and the Caribbean to reduce H.I.V. transmission from women living with H.I.V. to their newborns.

The United States was already the largest donor to the newly minted Global Fund to Fight AIDS, Tuberculosis and Malaria. The new initiative further solidified America as a leading contributor to what was then the most consequential global plague. Yet Mr. Bush told aides that it wasn’t enough. He wanted to do more.

Aides to Mr. Bush went to Dr. Anthony Fauci, then, as now, the head of the National Institute of Allergy and Infectious Diseases. They asked what he would do if money were no object.

What happened next made history. Begun in 2003, the President’s Emergency Plan for AIDS Relief, or PEPFAR, is the longest-running and most successful global health program of its kind in American history. It was also long overdue. By 2002, the H.I.V. pandemic was over 20 years old, and 40 million people were living with the virus; the previous year, five million people were newly infected, and three million perished.

PEPFAR is often framed as an unqualified American success, leaving out years of prior inaction. There is danger in the American government claiming too much credit for its global health work. But today, in the context of Covid-19, there is far greater peril in claiming too little. PEPFAR’s history is an example of American governmental ambition that delivered; the current program is also an under utilized platform for Covid-19 pandemic action.

PEPFAR reflected rigorous, exhaustive research and vetting by the West Wing working in complete secrecy for months. When I interviewed Dr. Fauci for a history I wrote of the PEPFAR program, he recalled being told by Mr. Bush’s aides, “It has to be accountable, and it has to be transforming. It can’t just be a little bit of this and a little bit of that.”

To be transforming, an AIDS-fighting program had to deliver antiretroviral treatment. Six years earlier, these drugs had transformed H.I.V. into a chronic manageable disease for many people who could get access to them. In Africa nearly 30 million people had H.I.V.; fewer than 50,000 of those eligible had access to this therapy. Dr. Fauci and his deputy, Dr. Mark Dybul, pored over the costs and data and ultimately offered Mr. Bush’s aides a range of options, each centered on putting people with H.I.V. in Africa on antiretrovirals.

Mr. Bush chose the most ambitious plan and announced it in his January 2003 State of the Union address. The initiative would aim to treat two million people with H.I.V. over five years — the majority Black and brown people living in Africa, Asia and the Caribbean. He called it “a work of mercy” and has been celebrated for it ever since.

I was a young AIDS activist and journalist when Mr. Bush started PEPFAR, and — the possessive in the acronym notwithstanding — I never thought of it as the president’s program alone. I knew that people living with H.I.V. and their allies in the AIDS activist movement had impelled U.S. and foreign leaders to act and that Mr. Bush professed his hunger for more mercy at a moment when he was equally hungry for war in Iraq.

I moved to Uganda in 2004 when PEPFAR began, to write a fuller story. I spent a year sitting in clinics around the country, writing about the new AIDS drug programs. As I returned to those clinics and communities many times in the following 15 years, I witnessed nurses, doctors, policymakers and people living with H.I.V. working against the steep odds of structural violence — poverty, misogyny, homophobia, transphobia and more. This was their program.